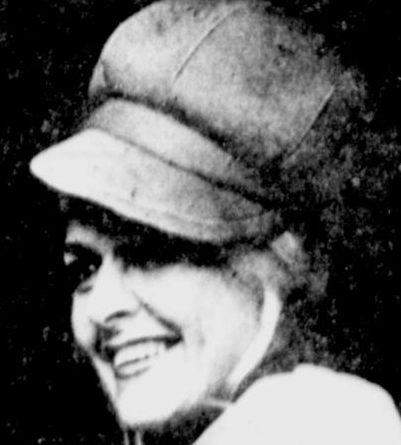 Many years ago, I was in a perfume shop called Duty Free in the Ridings Shopping Centre in Wakefield. The lady behind the counter looked so very familiar.

Eventually, I realised  that she was Viv Nicholson – who for one spell in the 1960s was one of the best known – and derided – women in England.

Because when she was twenty-five, in 1961, she and her husband won a fortune betting on the Football Pools. It was the equivalent of millions of pounds today.

But she and her young husband, Keith, were completely unaccustomed to having money – even in small amounts. Both were factory workers and their combined income was £14 per week.

They lived in the mining town of Castleford and with the best will in the world, and even as a proud Yorkshirewoman, there’s little I could find to commend the town in those days.

The couple had three young children, no money until their big win, no real education (especially in money matters) but Viv had her own ideas about what the money would be used for.

She scandalised the nation. When asked what she would do with the money her reply was ‘spend, spend, spend’ and that’s exactly what she did. With her bleached blonde hair, her excessive black eye makeup and her typical down-to-earth Yorkshire attitude she proceeded to be true to her words.

She certainly did spend. Cars, houses, clothes, jewellery, parties, expensive trips – she started to spend as though there was no tomorrow. But the old saying that money can’t buy happiness could have been invented for Viv. Her husband  Keith, who she described as the love of her life, was killed when his expensive Jaguar crashed. This was just four years after the win and almost all the money had gone. Because she knew nothing about the financial world, there was little she could do when the taxman demanded his cut.

Viv was declared bankrupt but survived. She remarried (several times – all unsuccessfully), she tried to start a business (also unsuccessfully) and even tried singing in nightclubs to earn a living. But eventually, she ended up working behind shop counters.

The party is over for Viv Nicholson

In 2014, her son Howard revealed that his mother could no longer remember her spending days. She had dementia and was in a Castleford care home. He encouraged others to help fight the disease and to donate to Dementia UK.

“If she could, Mum would urge everyone to spend, spend, spend – this time to fight dementia.”

Viv Nicholson died on 11th April 2015. She was seventy-nine.