Style: The transformation of Wallis Simpson 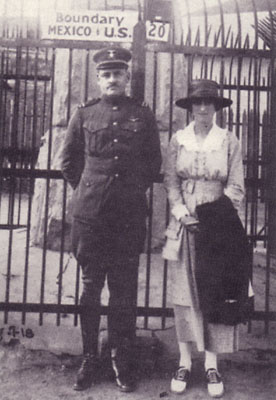 Many people would agree that  ‘elegant’ is a word that is often used to describe the Duchess of Windsor, the former Mrs Wallis Simpson.

But that wasn’t always the case.

Wallis, or Bessie to call her by her real given name, loved clothes but had little idea about how to wear them effectively. This was true until she started her affair with the Prince of Wales (later King Edward VIII, later the Duke of Windsor).

She didn’t always have the svelte figure for which she became so well known. Thanks to a rather formidable grandmother, she could be relied onto be well-groomed, but her fashion sense left a great deal to be desired.

When Cecil Beaton met her for the second time on 1934, he declared that she was much improved. At their previous meeting, he had declared her ‘brawny and raw boned’. Even close friends admitted that ‘Wallis didn’t dress well at all’ and  ‘she did not have the chic she later cultivated’.

Her problem was that she knew, as she said in her autobiography, that ‘nobody ever called me beautiful,or even pretty’. She was aware that her looks left a lot to be desired.

Therefore she chose clothes that would be noticed, quite garish items that were certainly visual but prevented the beholder from seeing what was within.

When she started her affair with the then Prince ofWales, he started his lifelong habit of showering her with jewellery.In the early days of the relationship he would loot the royal coffers ans sneak off with loose gems and have them set at Cartier. The gifts became more and more lavish and Wallis decided that she needed to improve her appearance to be worthy of such luxurious gems.

She became fanatically neat. Her hair was brushed until it was burnished, or, as Cecil Beaton remarked ‘until a fly would slip off it’. She would never be a woman who had distinctive style but she decided that she could develop taste – and she worked hard at doing so.

Her mentor was an American woman who was also living in London- Elsie de Wolfe. Elsie was married to Sir Charles Mendl and had been an actress in New York in the 1890s. She wasan acknowledged arbiter of style even in those days. She imported clothing from top Parisian couturiers to wear on stage and they were eagerly copied.She wrote articles about fashion and style.

Quality,she told Wallis, was more important than quantity. She taught the duchess-to-be that the way clothes were cut was crucial and that meant going for high quality. Both women believed that they had ugly hands and so Wallis followed Elsie’s lead and almost always wore gloves.

Elsie advised Wallis that she should forget the gaudy clothes and dress simply and starkly. This way, her jewellery had a suitable backdrop. She also suggested that Wallis should get rid of one of her worst fashion habits – that of trying to disguise her boyish, angular figure. She introduced Mrs Simpson to the couturier Mainbocher as her primary designer.

Mrs Simpson said ‘I never again felt correct in anything but the severe lookI developed then’. She chose plan, well made garments in blue grey, raspberry dark brown and black. In the summer she wore powder blue, pink or ivory beige.  She favoured tailored jackets and longsleeved dresses for daytime and lightweight fabrics for evening, designed into dresses with high necklines to hide her angular collar bones.

She never relaxed her style. Hubert de Givenchy noted that she never wore ‘ordinary’ clothes in the country but would wear a tailored pearl grey suit and white blouse with a gold brooch on her lapel. She trained her body to be as rigid as her clothes. She was never seen in a relaxed pose and always held herself as straight as a ramrod.