The Splendor of the Weeping Sakura Tree 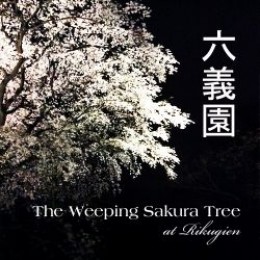 Every spring, people gather from all around the city to witness a once-a-year event. A giant weeping sakura tree shows off its petals for just one short week and it’s a spectacle unlike anything else in Tokyo. One singular tree stands tall in Rikugien, a historical garden located in metropolitan Tokyo. Rikugien means the Garden of the Six Principles of Poetry, which stems from the idea of the six elements in waka poetry.

I vividly remember the first time I laid my eyes on this statuesque weeping cherry blossom tree. It was almost larger than life and even though the garden itself is beautiful with other beautiful spots, this weeping tree takes center stage. For just one week during the last week of March, the tree adorns itself in countless sakura petals and shines proudly for the public to see.

Once again, we arrive at the gates of Rikugien to see a massive line of people waiting to get in for the chance to see the weeping sakura. After a nearly hour-long wait, we finally entert the main gate of Rikugien.

The name Rikugien refers to a system of dividing Chinese poetry into six categories, which also influenced the division of Japanese Waka poetry. Although the number six is usually read as “roku”, in is pronounced “riku” in keeping with the original Chinese pronunciation of the word. 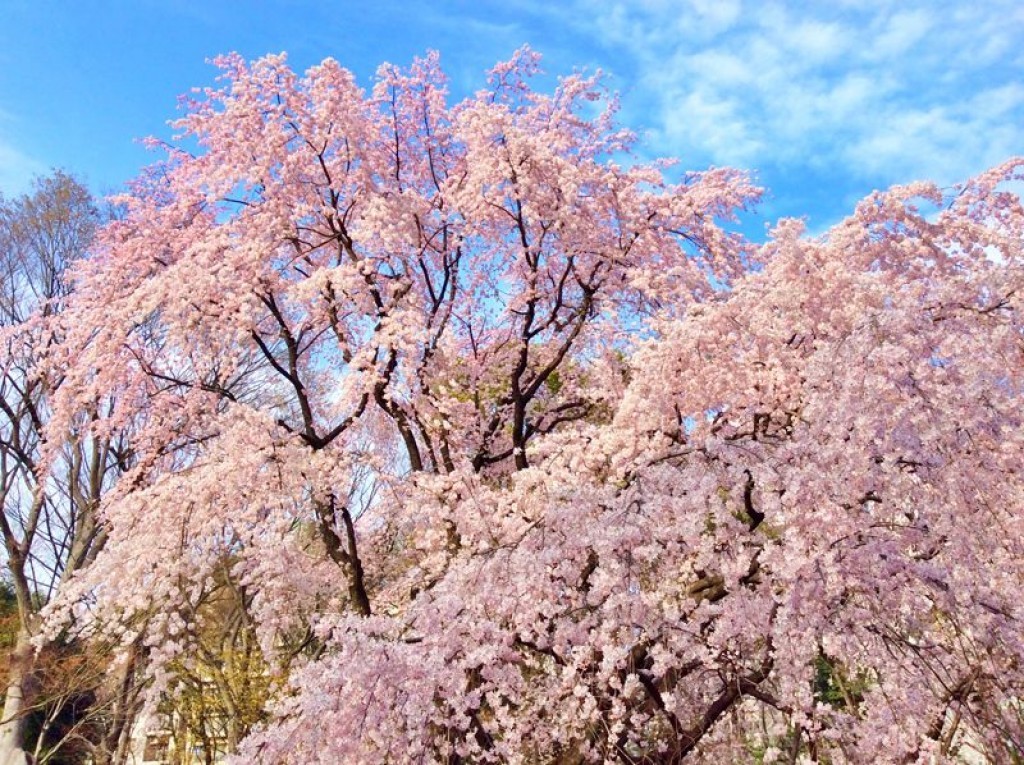 Garden of the Six Principles of Poetry

Of all the formal Japanese parks in Tokyo, Rikugien is definitely in the top three. The park is a typical example of the gardens of the Edo period and was contructed between 1695 and 1702, headed byYanagisawa Yoshiyasu ( a Japanese samurai of the Edo period ) by permission of Shogun Tokugawa Tsynayoshi ( the fifth shogun of the Tokugawa dynasty ). In 1938, the park was donated to the Tokyo City government and was designated as a special place of scenic beauty by the Japanese government in 1953.

It’s a fairly large park and the way it’s constructed gives the illusion that you’re way out in the countryside. The park consists of a large pond, a large variety of trees and a hill which you can climb to get a glimpse of the entire park. There are many spots within the park that lets you sit for awhile to ponder the meaning of life

Once night falls on the gardens of Rikugien, the park takes on a completely different mood. Dim low-level lighting leads the way to the centerpiece that is the weeping sakura , the magnificent wonder everyone has come to see. Along the way, we pass through dense bamboo forests, brooks filled with carps and Japanese gardens lighted only by paper lanterns until in the distance, we get our first glimpse of the weeping cherry blossom tree. 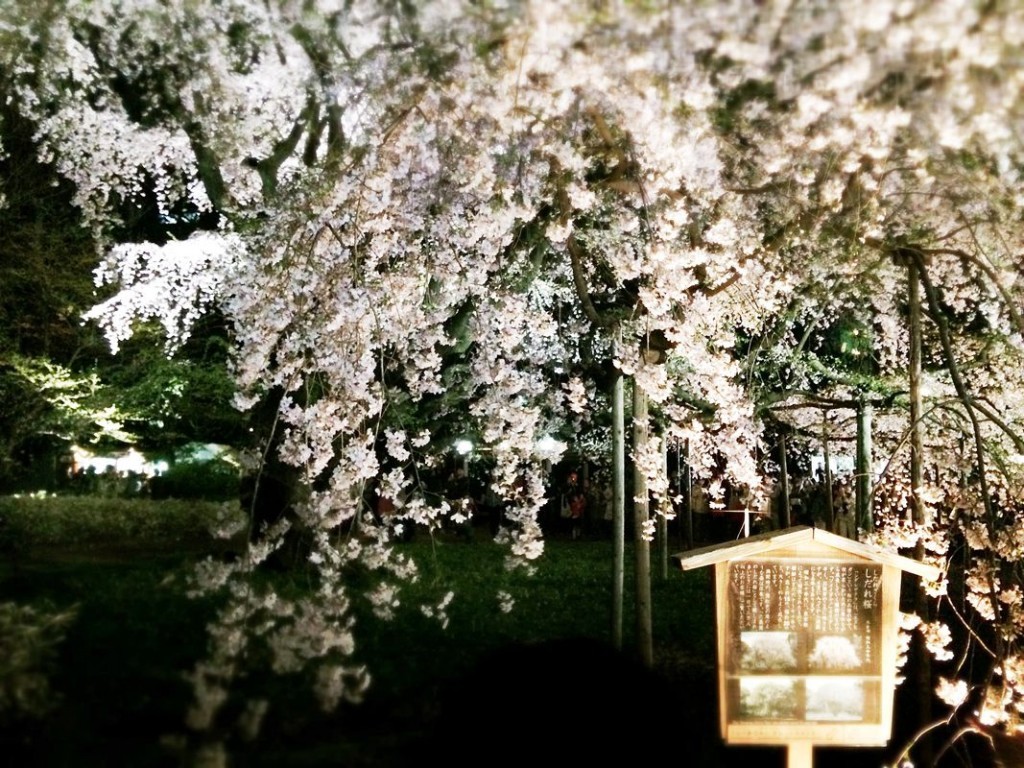 As we get closer, a huge crowd of people is gathered around vying their way around for photo opportunities. It’s not an easy task as the crowd is dense and people constantly get in the way. Finally I settle for taking photos from a distance but that turns out to be a good thing as it’s the only way the entire tree would fit into the frames of my iPhone camera.

After awhile I notice a sign that points towards another smaller weeping sakura tree located towards the back of the gardens, so we make our way to find one that’s beautiful in its own way. In fact, my friend much preferred this one as he found this slender tree to be much more elegant and refined.

Rikugien is a beautiful place to enjoy sakura viewing and it’s less crowded during the weekdays if you’d prefer to avoid the crowds. Rikugien is a great place to visit any time of the year as each season brings with it its particular beauty.

The sakura season is probably the most beautiful season to witness the beauty of Japan. But the sakura is fleeting and the season is short, the sakura flowers blossoming for just one short week, until the delicate petals finally fall to the ground. Once they are gone, the trees themselves transform into lush greens as the season makes way for the next cycle of life.

Enjoy your cup of tea in this stunning mug decorated with a beautiful sakura motif. Microwave and dishwasher safe, this tea brewing system makes tea time effortless. This is most likely, the easiest way to brew tea at home.

Shinichi Mine is from Tokyo and loves to share his passion for travel and great food. You can enjoy his website here and don’t miss his You Tube channel for more food, travel and fun. Shinichi also has a fabulous selection of recipes and articles here.