A salad with bean and tuna has to become an instant favorite.  Dressed up with capers and apple cider vinegar, it become heavenly.  That, and it is so easy to make.  It’s a Tuscan salad.  It looks rather Tuscan, don’t you think?

So many healthy ingredients too!  Beans, tuna, olive oil, and apple cider vinegar are known for their nutrition and benefits.  Good for brain health, and heart health as well.  This recipe is an excellent way to slip apple cider vinegar into your diet too.  I love the smell and taste of it, using it often in salad dressing for a wonderful vinaigrette.  It adds a little bite to the dish, as do the capers.

When I first saw a recipe similar to this, it looked like a must try. It was in Food and Wine Magazine.  I postponed it though because it called for tuna in oil.  It’s been so long since I’ve had the oily version of tuna, and feared it would be too much.  So instead, I added a bit more olive oil–it doesn’t need that much actually, and the cider vinegar.

As a result, the dressing has a light flavor that adds to the taste of the beans and tuna.  Don’t forget the red onion either.  That’s a essential.  The flavors go so well together, it is a new favorite for me.

Since it is filling, it will make 3 to 4 lunch size servings.  It will go further if you are serving it on the side. Either way came out delicious!

You can add some feta cheese if you would like, but it is flavorful enough without any cheese added.

Give it a try and let me know what you think. 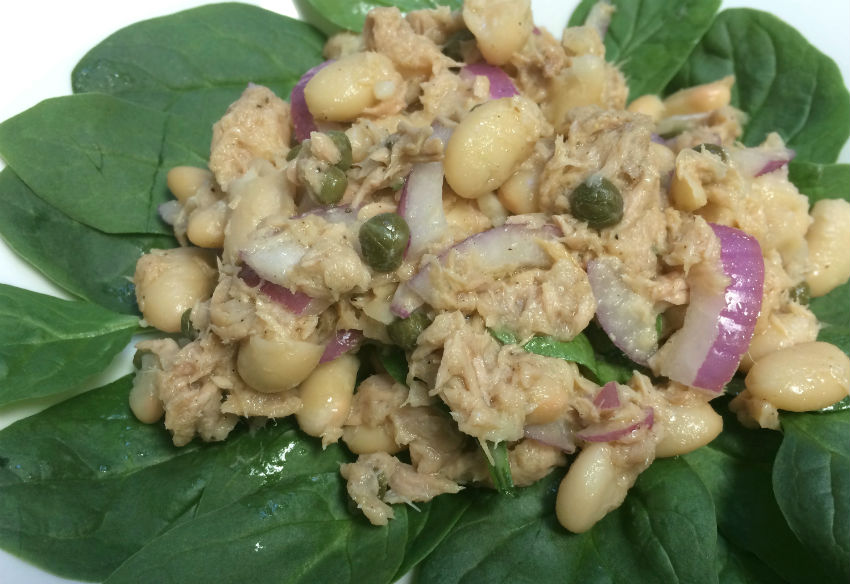 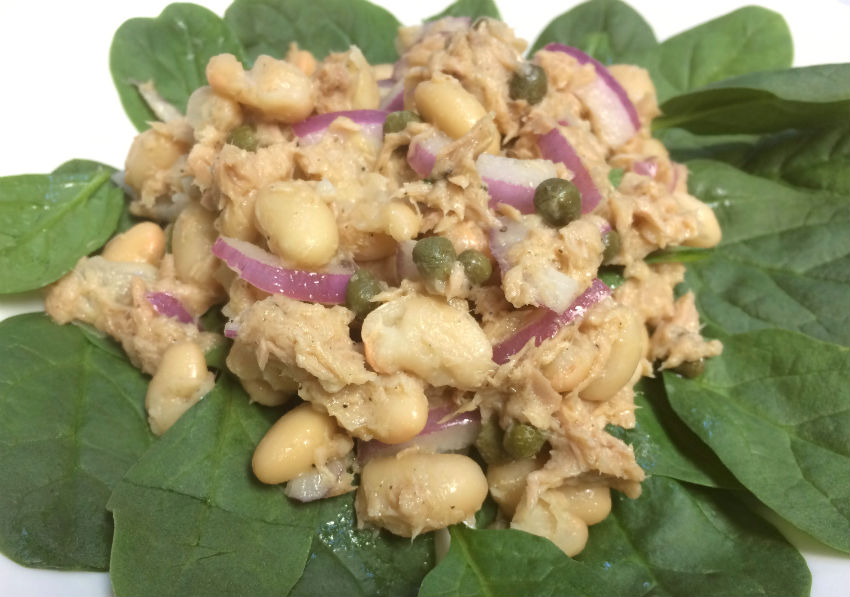