Why Adopt an Adult Dog?

Home » All lifestyle » Why Adopt an Adult Dog?

The reason I recommend adopting an adult dog was named Buster. 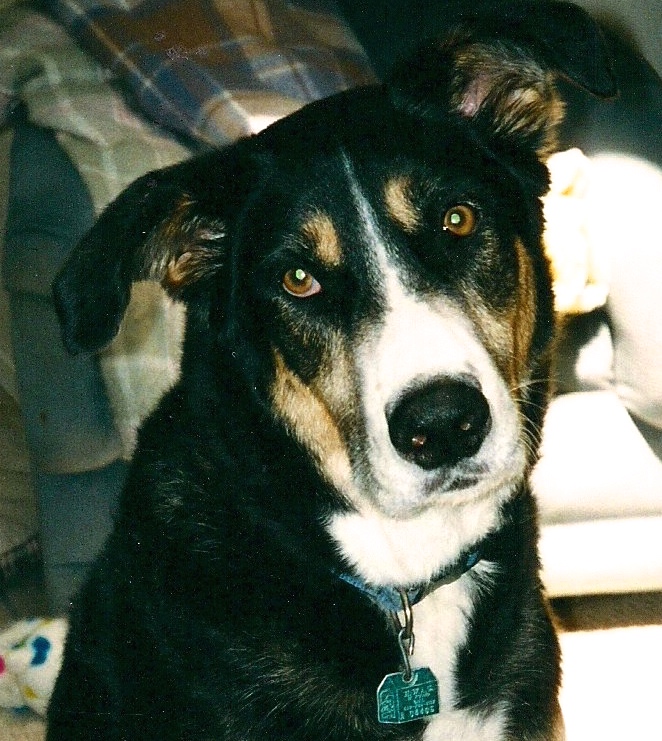 Our Buster was a very energetic five year old when we got him. He was a tall, slim fellow, though he weighed in at seventy pounds.

He wasn’t at all what we’d planned on. Sure, we’d been looking for another dog since our Aussie had died and left our golden retriever without her best buddy. But my husband always said he’d never get an adult large dog.  Too dangerous. We wouldn’t know how it had been raised.  A dog that size could hurt someone.  And sadly, I’d been one who wondered at our friends when they would give up the cuteness of a puppy.   Not any more!

Then during my search, I read an innocent little article in a dog magazine.  It was about adopting.  The article mentioned how easily adult dogs fit into an adult lifestyle.  No chewing up shoes, no accidents in the house, no playing tug of war with the long johns (as the golden and the aussie did). 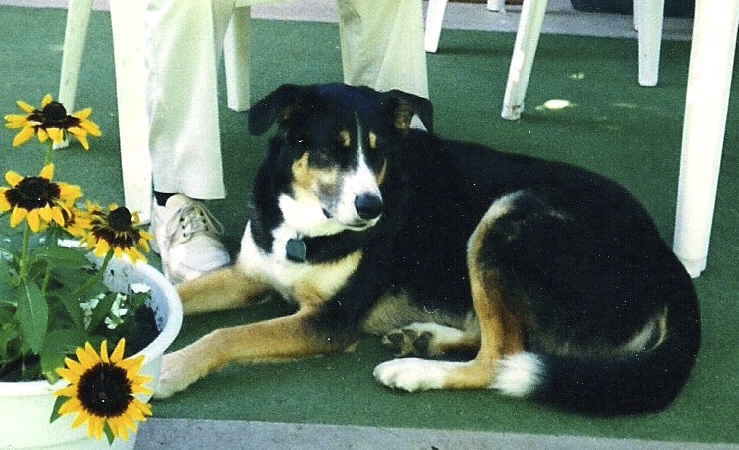 Quieter and less energetic sounded a lot like the season of our life.  That caught my attention.  I was working full time.  My husband was recovering from a stroke and was coping with emphysema. Quieter didn’t sound all bad either.  Training a puppy started to sound like it would take time I didn’t have.  ‘Mature adult’ started to sound pretty good…

Then I saw his picture in the paper. Bent ears and a happy smile caught my attention.  “A tri-colored Aussie mix,” the description read, “he loves to play chase.”  It also mentioned he’d been waiting for the right home for a long time.

I clipped out the article with his picture. It just floated around between the table and the counter for a few days until my husband said, “Why don’t we go see him?”  I was right on that one.  We were on our way in less than 30 minutes, Mischief (Missy), our retriever happily at the back window with the wind blowing in her face.  They brought him out, introduced us, and that was that.  Even Missy liked him, though later when she realized it was to be permanent, she would have liked another vote.  She did have some second thoughts, but after a couple of bites and fights that left her on top and in control, she decided he could stay. 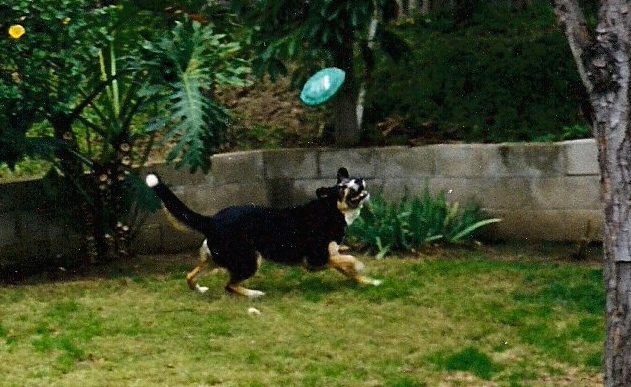 He could hardly wait to run in the yard, following Missy right out through the dog door.  When he decided to come back inside, he came right through the screen on the closed sliding door.

We weren’t at all intimidated when he stood across from us with his chin resting at a perfect height on the table while we ate dinner that first night.  After all he did wait until we were nearly done. My husband did mention that the way his eyes focused on his steak he half expected it to fly right off the fork and into the dog’s mouth. Would he have even chewed it I wonder?

And so we began to get to know each other.  What a lot he had to teach us.  It’s an adventure learning about a new and mature dog. Nearly every week we would discover something new that he had been trained to do.  From that very first day, we were his.  Having been turned in to the shelter, you might think he would have been a little cautious about settling in, but not Buster.  He would lay on a blanket right on top of my husband’s feet, staying even after I would go to bed.  He was afraid to come into the bedroom—someone had really told him NO–but we finally talked him into it. We never could make him jump up on us or even just stand on the edge of the bed.  I do realize that is a good thing, but in our household it was fairly unusual.

His favorite time of day was walk time. It would make his day and mine.  He was just such fun.  He was a beautiful dog, with an extremely soft coat. People actually stopped their cars to ask what breed he was a few times. We learned that he loved to meet other dogs.   He had to say hi to everyone we met. Little kids would come up to him, shorter than he was, and he would just stand there and let them pet him or lay on him.  He never once gave us cause to fear around children

It was a different story when at home, but only with men. He considered it his solemn purpose in life to protect us, especially from the mailman, the UPS man, and the gardener.  He was quite convincing.   Almost caught one—only once.  Who knew you could use the screen door as a shield like that! It sure saved the gardener. Cats were something to chase not to befriend. Of course he did bark some, but only when we would leave. After all, someone has to stay on duty then.  Only one neighbor reported us.  The other learned to tell him to go to his pen (inside), and funny thing, he would obey with some reluctance.

Our experience totally convinced us that adults dogs may alway be the way to go in our future.  Of course puppies are hard to resist.  Most days I would like to bring home every one of them.  But when I think of a dog living with a family for several years, then being given up—for whatever reason—it hurts!  It would mean so much to provide one a new home.  The numbers of them available in all breeds, sizes, and colors give you so many options.  They are generally spayed or neutered as well, so you don’t have the cost of that.  If you are a senior a shelter usually offers a substantial discount.  It enables you to give a dog the love it needs and deserves, and the dog will give you even more in return.

Buster was definitely “The Dog.”  If you’ve had one, you’ll understand what I mean.  We’ve loved and cherished all of our dogs, but Buster was somehow different.  He was definitely a gift from God, since He worked out all the details.  Not only did our hearts change so we wanted an adult dog instead of a puppy, but this wonderful fellow stayed at the shelter waiting for us.

Buster, the sweet boy,  had been at the shelter for over a year.

Love Has No Age Limit: Welcoming an Adopted Dog into Your Home