When my son hit 13 his WowWee Robotics Roboquad came into its own. This is a fantastic toy for sophisticated teenagers not younger children. 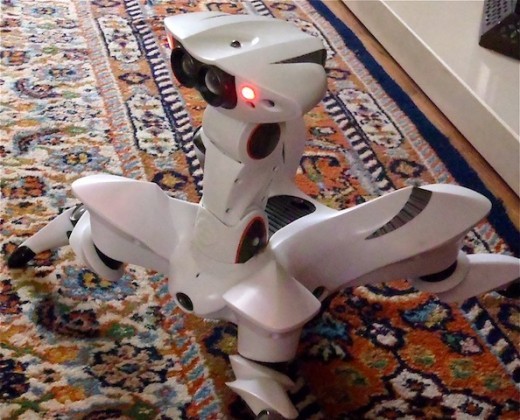 We bought it for him as a Christmas present when he was only 8, which was a mistake because he was too young. So, the worse thing happened, it sat in his bedroom for quite a while, motionless. He didn’t really know how to play with it and so he ignored it.

I had made a big mistake in buying him a toy that was just too sophisticated for an 8 year old. Actually I did take a bit of a gamble because he was really into the War of the Worlds at the time, and he used to re-enact the scenes when the aliens attack the earth, using his lego people. I thought this spider-looking toy would work brilliantly because it moved. And he did play with it like that for quite some time. It was the other things he couldn’t do, because it is a brilliant robot.

However, as time went by and he became more interested in more sophisticated toys, the Roboquad suddenly came alive.

This is what he thinks of it now that he is 13:

By the end of our chat I was convinced that we had bought a really cool toy after all! My son got out his camera and filmed his Roboquad in action. I have included the film below.

I got the feeling that he was going to be playing with it way past school age, and perhaps into university!

But for the moment it lives with us!

This is a quick video we made to show you how my son works his Roboquad. I love his personality. My son is working him while I talk to him. He very sweet!

The Roboquad’s design comes from the robot they used to explore the moon. Therefore it is very stable and can move in any direction. It can perform an impressive amount of actions. For example, it will guard the room. If you put it on sleep mode and someone enters the room it will wake up and start responding to that person. Furthermore if you set it on angry mode, it will start growling at you and flashing its red eyes.

It can get itself out of tight corners too. It you build a blockade for it with only one exit, it will scan around and find the way out. It never bumps into things because of its ability to scan.

I am very impressed by the quality of this toy and by the fact that the batteries last quite a long time. I didn’t know this, but when the batteries run low, things start to stop working properly. In our case the head wouldn’t go to it’s right position. I emailed WowWee and got a response two days later, telling me to change the batteries and hey presto that worked! Obvious or what!

You can buy them in black, red and white. I bought the white one because the other two were a bit too spidery for my liking!!

Another robot that is great fun and very well made.

These are other WowWee robots – aren’t they great!

They are quality toys. Battery run.

Here’s a review I wrote for a completely different kind of toy: Hand Puppets A fantastic red dragon and more!

Did you find this information useful? Please leave a comment. Thank you for your visit. 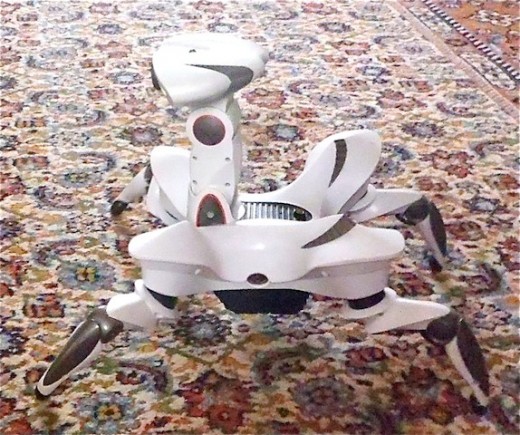 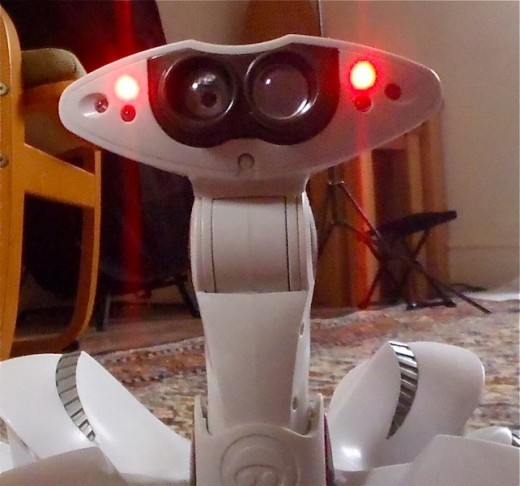 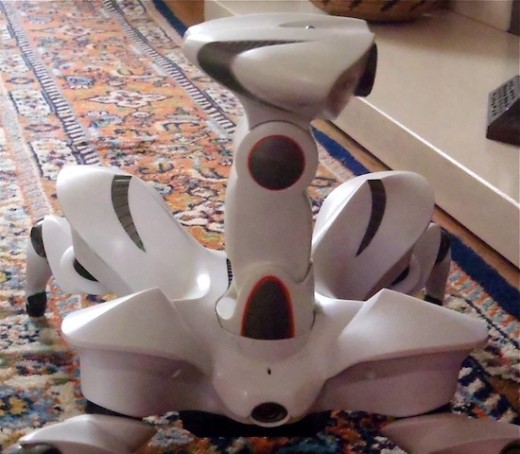 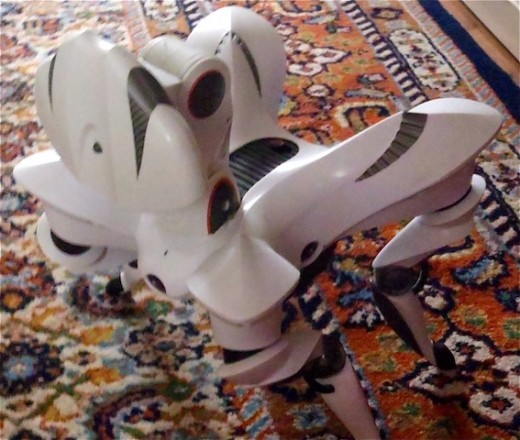