Behind “Birds of Passage”, by Joe Giordano

Home » All books » Behind “Birds of Passage”, by Joe Giordano

We are pleased to present an article written by Joe Giordano, author of the book, Birds of Passage.

Mr. Giordano is currently on a virtual book tour with Italy Book Tours.  We are happy to be participating in the tour with this article and our review of Birds of Passage.

The tour runs October 19th through November 6th.  Stop in and see the full schedule, past and future, here at Italy Book Tours.

We asked Mr. Giordano how he developed such a knowledge of life the post World War II era, with so much detail.  Thank you so much for your  answer, Mr. Giordano.

My father and all my grandparents were immigrants from Naples. I wanted to understand the environment they entered in the States, so I took a UT Austin graduate course on The Progressive Era. My term paper was on Italian immigration and I did extensive research. Italians were termed “birds of passage” because they were the first immigrants to work a season in the States and then to return to their home village in Italy. Many Italians made multiple trips before immigration laws were tightened.

To understand the reception Italians received in the States, I’d cite Jacob Riis in How the Other Half Lives, an 1890 exposé on the deplorable conditions of tenement life. According to Riis, Italians were the lowest of the new immigrants and “dirtier than the Negro.” Italian immigrant labors were given the worst jobs, and while they were instrumental in building New York’s subways and skyscrapers, were often used like human steam shovels.

The Immigration Restriction League out of Boston, New York, Chicago and San Francisco in the 1890s believed southern and eastern Europeans were racially inferior and threatened the American way of life. The Dillingham Commission consisting of both Senate and House members agreed with the Immigration League and in 1911 recommended reducing southern and eastern European immigration. United States immigration laws were tightened after World War I.

Early Italian immigrants faced a difficult ocean trip and harsh working and living conditions in the United States. So, why did they decide to stay? There were economic incentives, sure. But I also believe that Italian men and women found a sense of social freedom in the U.S. not available to them in Italy.

During the semester that I took the course, I penned a short story, “The Sour Smell of Pain.” Later, I decided that my writing had progressed to the point where I could tackle a novel, so I started Birds of Passage. The book is not about my family, but there are numerous insider references. I’m old enough to have known people born in the nineteenth-century. In the book I tried to capture how they thought and acted.

Thanks for your interest. 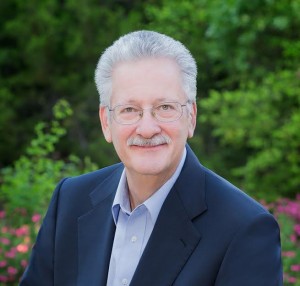 Joe Giordano was born in Brooklyn. His father and grandparents immigrated to New York from Naples. Joe and his wife, Jane have lived in Greece, Brazil, Belgium and the Netherlands. They now live in Texas with their shih tzu Sophia. Joe’s stories have appeared in more than sixty magazines including Bartleby Snopes, The Newfound Journal, and The Summerset Review.

Connect with the author

Kirkus review of Birds of Passage

“With Birds of Passage, Joe Giordano delivers a rollicking, wholly entertaining take on the Italian immigrant story. His rich cast of characters arrives seeking the usual: Money, honor, love, respect, a decent shot at the pursuit of happiness. But things get complicated fast as they plunge into the rough-and-tumble world of rackets, scams, and politics of early 20th-century New York City. Giordano serves up a thick, satisfying slice of the entire era in all its raw and brutal glory.”