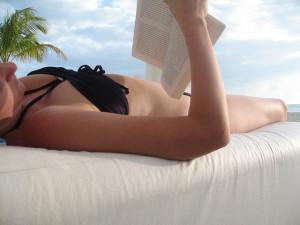 You’ve booked a week long vacation on Miami Beach. You packed the sunscreen, swimwear, that outfit that you’d never wear at home (that Tommy Bahama Hawaiian shirt is a must). All you need is a good beachy paperback.

Some Miami Noir potboiler that talks about the old Scarface days, maybe?

Edna was a legend at the Miami Herald – Forbes Magazine said back in the day that all Miami was on a first-name basis with Buchanan. She was Edna the way Madonna is Madonna.

When she started writing police beat columns for the Herald in ’73 domestic murders made up more than half of all homicides. The rest were armed robberies on payday or the odd sex murder. Then came the cocaine cowboys and the Marielitos dumped from Cuba’s prisons onto Miami’s shores in 1980. The crime in Miami took an astounding upturn.

In 1977, there were two hundred and eleven murders in Dade County. By 1981, the high point of Dade murder, there were six hundred and twenty-one and Miami was officially the murder capital of America. It meant that a police reporter could arrive at work every day knowing that there would almost certainly be at least one murder to write about.

Eda Buchanan took a Pulitzer prize and became one of the best-known crime reporters in America. At the Herald the ‘Edna Lead’ became a legend –  a story about a shoot-em-up at a fried chicken outlet began with the words “Gary Robinson died hungry.” 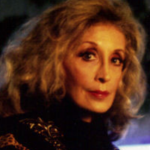 “I want to know what movie they saw before they got gunned down. What were they wearing? What did they have in their pockets? What was cooking on the stove? What song was playing on the jukebox?” I always ask what the dog’s name is, what the cat’s name is.”

As a reporter she covered over 5,000 murders and violent crimes in her career so when she turned to novel writing, after a few well recieved true-crime books, she wasn’t exactly going to be writing romances. 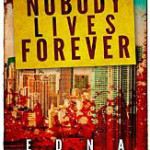 Her first novel, Nobody Lives Forever, starts out as if it might be. “It was the night of the full moon over Miami. The shooting started early.” Cop Rick Barrish comes how one night to find his neighbor murdered and his young girlfriend petrified. Along with his partners Patrol Officer Mary Ellen “Dusty” Dustin – Rick’s former lover – and their partner, veteran cop Jim Ransom, he sets out to find the killer as around them crimes escalate.

The characters are not the brightest, and the killer is quickly revealed by a series of first person asides written from the killers point of view. You are left trying to second guess which of the characters will figure this out first, and the potential plot twists keep the pages turning.

But plot isn’t really the main draw of this entertaining book. Buchanan weaves in some delightfully gruesome incidents and anecdotes. Some of the cases that the trio are distracted by can be both eye-poppingly gross and side-splittingly silly. One tale of the theft of a corpse from the local morgue (the remains of a newly-deceased drug mule full of cocaine bags) is a hoot and full of great one-liners. As one character says, “What a town. Even the dead aren’t safe in Miami.”

The appeal of the book is in its police procedural work, its incidental characters and its late eighties Miami setting. Miami Vice this isn’t.

You can tell that Buchanan is having fun with the fictional themes and you can forgive her for getting carried away with the plot. The body count in the book is quite a shock by the end. It’s probably safe to say that Dusty is a prototype of her later fictional hero Brit Montero, who would be at the center of a whole series of later books. 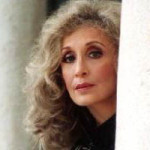 “I have always loved heroes, met so many, learned so much and came to realize that evil is alive and the world is a battleground in the war between good and evil. Some people are born bad and can’t be fixed.”