Key West lies 150 miles from Miami, but the drive along the route is an unforgettable experience; one of the world’s classic road trips. Making the drive off the mainland and along the long and winding ‘ocean highway’ all the way to mile marker zero is a real Florida pleasure. It’s a classic because, like all great trips it’s not about the destination, it’s about the journey and what happens along the way. Roll the windows down and take it easy.

On this particular journey I want to introduce you to some of my favourite spots. 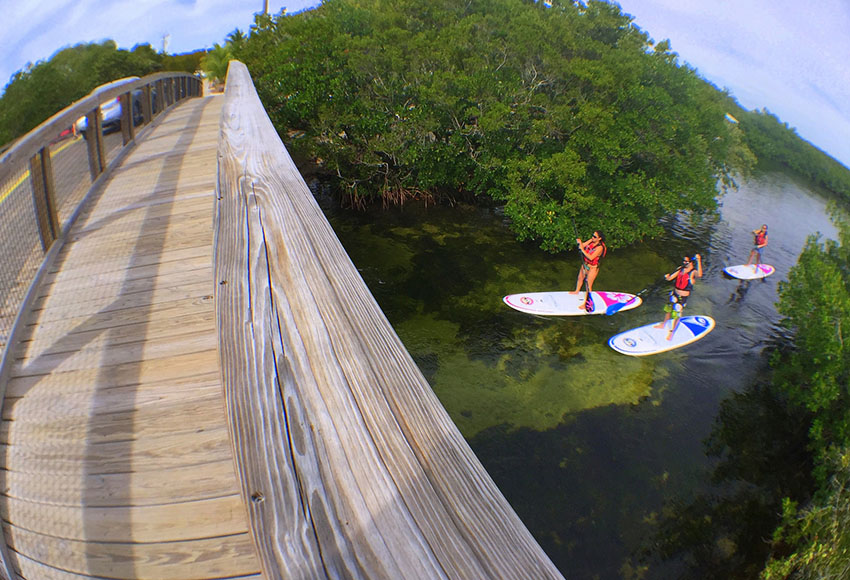 You can park up and wander the short trails through the mangroves, picnicking, or swimming at the beach, but the real appeal of this park is offshore and underwater. Kayaks and paddleboards are the way to go here, and the offshore reef here is a must. It can get crowded at peak times, and some of the private Key Largo snorkel tours are every bit as good as the park trips. 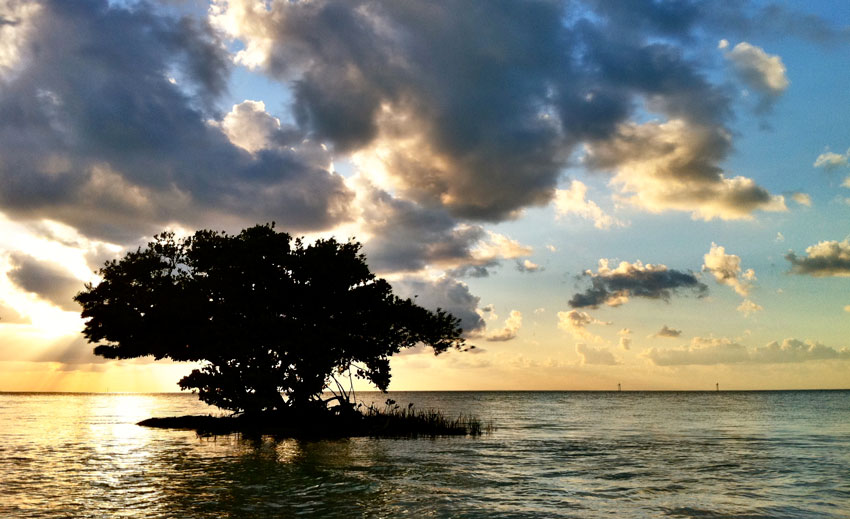 A small easy-to-miss little gem just off the Overseas Highway, just south of Islamorada it’s a fine place to watch a sunrise. I take early morning walks here if I can, and the peaceful clear waters here are just lovely. You can walk the boardwalk or the beach front at low tide. It’s a low, shallow shore here and later in the day it’s a great kiteboarding spot. Being so small it can get crowded at weekends but on weekday mornings it can be the quietest beach in the keys. 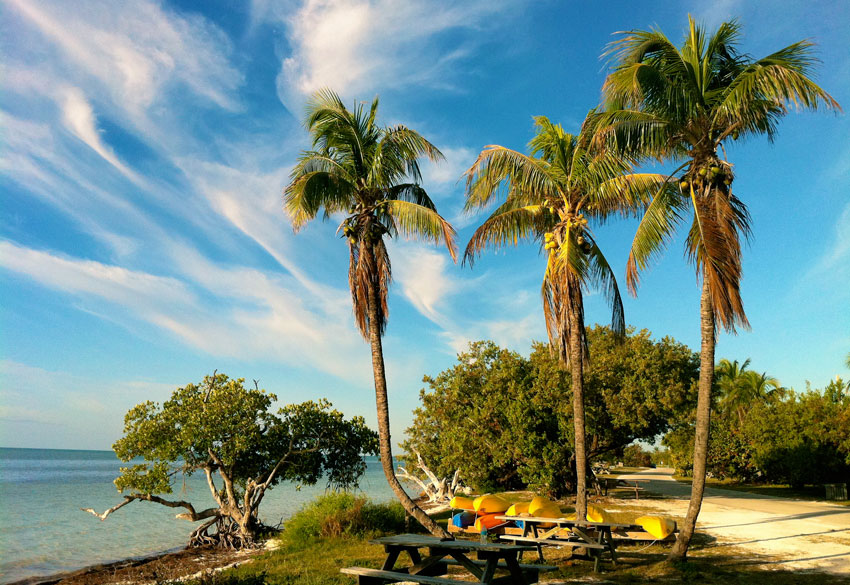 A very popular camping grounds, Long Key has great kayaking along a chain of lagoons and there is good hiking along two land-based trails. The Golden Orb Trail, named after a native spider, is a leisurely 1.1-mile walk through various plant communities. Meanwhile the Layton Trail on the bayside of the park with short interconnecting trails with overlooks to the Florida Bay. It’s a good birdwatching spot, where Herons, Egrets, and Ibis might be joined by White-Crowned Pigeons or Roseate Spoonbills. 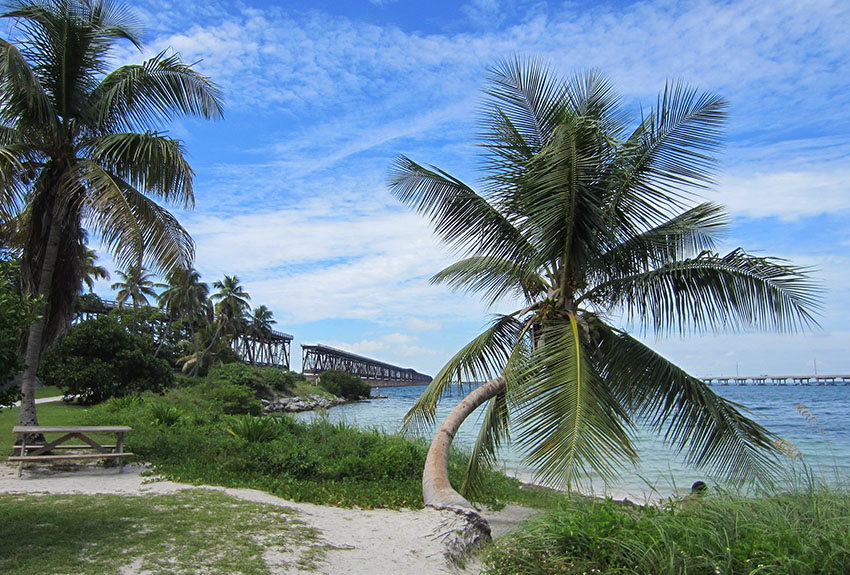 Bahia Honda is hands down the finest beach spot in the whole of the Florida Keys. It has two and a half miles of white sands and beach snorkellers will quickly find that the waters are teeming with marine life; small reef fish, as well as rays, barracuda, and even the occasional small nurse shark are quite common.

There’s a camp site, nature trails, and great spots to fish and picnic. A highlight of the beach is the remains of Henry Flagler’s Florida East Coast Railway bridge, which was partly destroyed in the 1935 hurricane. Part of the bridge is still accessible and offers some great views. But the real attraction is the sands. 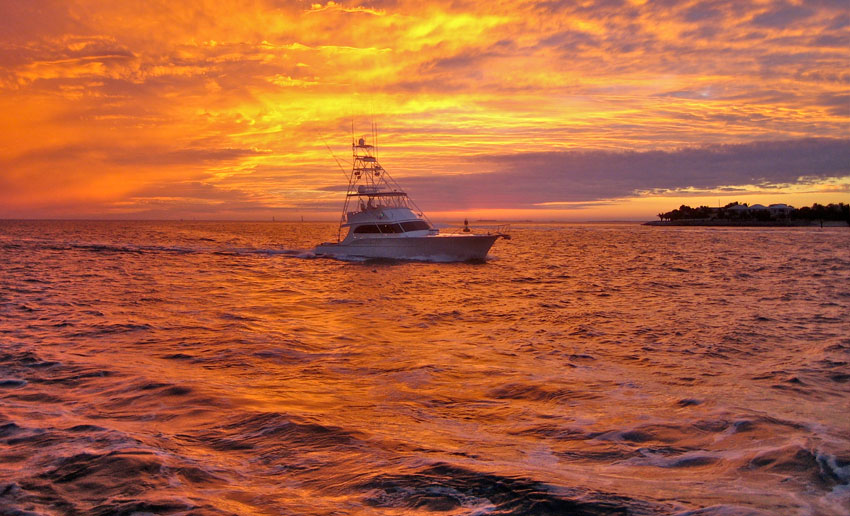 And at the end of the road trip it’s now a family tradition to watch one of Key West’s fabulous sunsets. I’ve been lucky enough to witness some spectacular ones, and the atmosphere along the dockside is always anticipatory. There’s now a nightly a nightly arts festival at Mallory Square Dock in Key West, with crafts exhibitors, street performers and food carts to help celebrate the end of another day in paradise!