Instagram is the go-to app for millions of mobile users globally. A social network built entirely around the sharing of photographs Instagram has captured the imagination of so many. Yet the quality and variety of images shared on the network varies so widely it’s hard to find a reason why so many find the app compelling. How did this happen?

I thought that I’d share my own journey to Instagram to see if I can throw a little light on the matter.

Back in the summer of 2009, on a morning walk along Fort Lauderdale Beach I began a Twitter account for the sole purpose of sharing photographs online. It wasn’t my first Twitter account – I’d been running an account on behalf of an Indycar racing star so knew how it all worked –  but since sharing and commenting on photos was becoming a part of the whole Twitter experience I thought I’d share an image or two of the sunrise that I was witnessing. I dedicated this @FTLauderdaleSun account entirely to photographs, just to see what would happen.

Uploading photographs from the beach meant using my cellphone, specifically the new iPhone3, which had arrived at around the same time that Apple’s app store had been upgraded. A twitter app was soon downloaded and the fun began.

The possibility of uploading photos to Twitter had been made possible by another app, Twitpic, that had been around for a little while, and enabled the upload and cataloging of images to Twitter. As long as there was a decent connection (which in 2009 wasn’t always the case) I could share photographs directly from the shore.

My uploads quickly began to recieve responses from around the world, even though I didn’t consider the images to be particularly good quality. Sharing images, I quickly reasoned, was more about the feedback, the reaction and the conversation. Some images were shared – re-tweeted – and got more attention than others. Good feedback was encouraging, and as my subjects – the dawn sky, the dune grass and palm trees – were upbeat I always recieved positive reactions.

After a few years the connections had improved, and because of successive iPhone upgrades the quality and size of the images were so much better. But that wasn’t all. The snapshots were improving for one simple reason. Practice makes perfect. 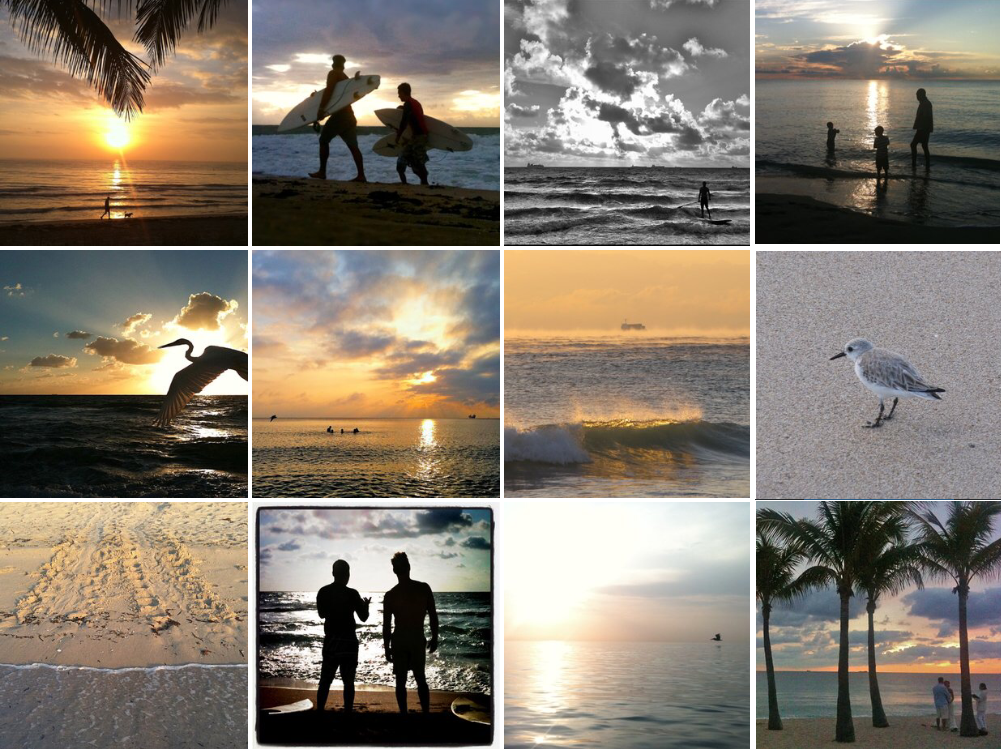 Photography and the 365 Project.

Photography teachers will recommend starting a 365 project at some point in your journey as a photographer. The challenge is simple. Take a photograph a every day for a year to practice your image making. These images are not for sharing necessarily and are not meant to be masterpieces. It’s just shooting for yourself, nothing more.

Just a few short years ago you would be taught to keep the images to yourself – not printing them or sharing them – but since many 365 projects use family and friends as subject matter it was inevitable that these photos would end up in scrap books or family albums. These days photo tutors might recommend starting a photo blog to present the 365, as this can focus your skills on taking at least one shareworthy shot a day.

I quickly realized that what I was doing on social media was  just this – a 365 project – which has been a staple of amateur photography clubs for decades. But where the old school photography teacher might discourage sharing, the new social media channels such as Instagram actively encouraged communication. Adding a good title and a few words when tweeting really helped encourage the images to be shared to others, a process called ‘going viral’. 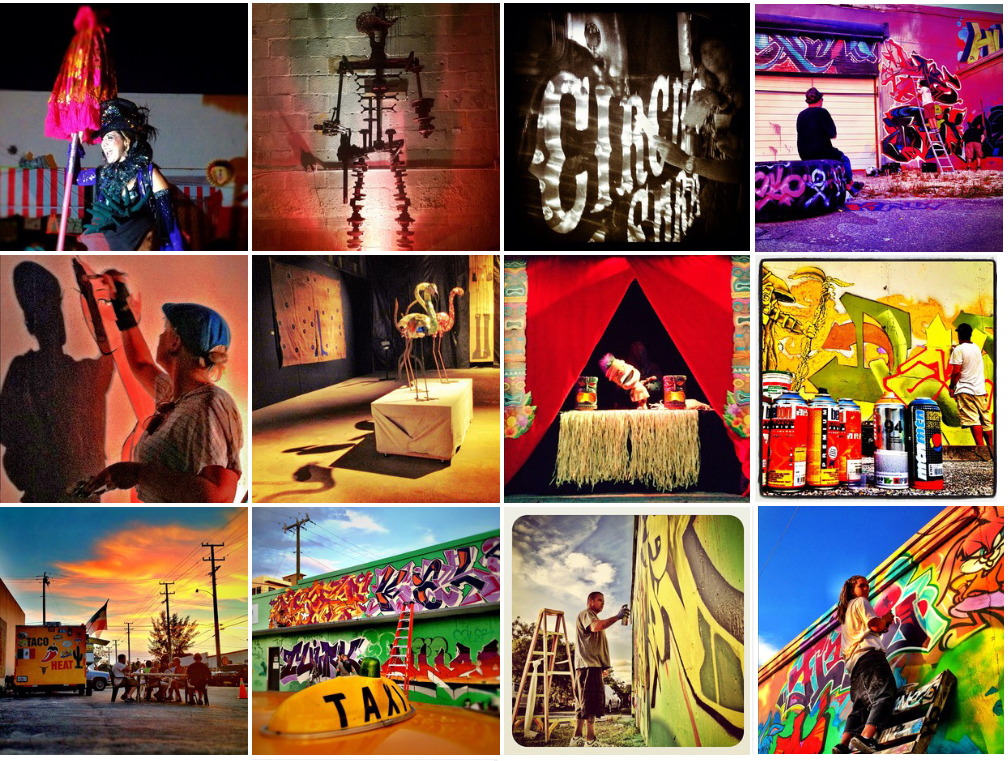 When Instagram came along,  with its endless stream of seemingly random photos of nothing in particular, I didn’t immediately join the party.

By this point I’d built up a tidy following on Twitter and had built other outlets for images that I was particularly proud of, such as Tumblr, another microblogging website. I’d also begun to share on my own dedicated website, and even though I was using a mere cellphone to shoot with there were images that I felt were decent enough to publish in more dedicated photo environments, such as the long standing photography website Flickr.com

By contrast it seemed that Instagram was more about self-promotion and social status than anything else. And looking at the stream of food shots, selfies and casual snaps there seemed to be an awful lot of awful!

But I joined anyway, and added instagram to my outlets. Connectivity was now excellent so uploading took place so quickly it didn’t interrupt my workflow too much. Soon I was adding my more experimental images to Instagram saving my ‘better’ shots for Twitter and my new Facebook page.

And sure enough it became a habit.

I found that a great deal of the mobile photography and iPhoneography folks that I followed on Twitter had also made the step across, so I followed them on Instragam too. Also I was finding a new wave of Instagrammers who hadn’t previously shared work online in other places. A good example of this was two friends @cherryflea and #bindyboo – from Mackay, Queensland – just sharing the laughs they had with their kids on the beach. That they were both excellent photographers seemed by-the-by. The fun was the point. 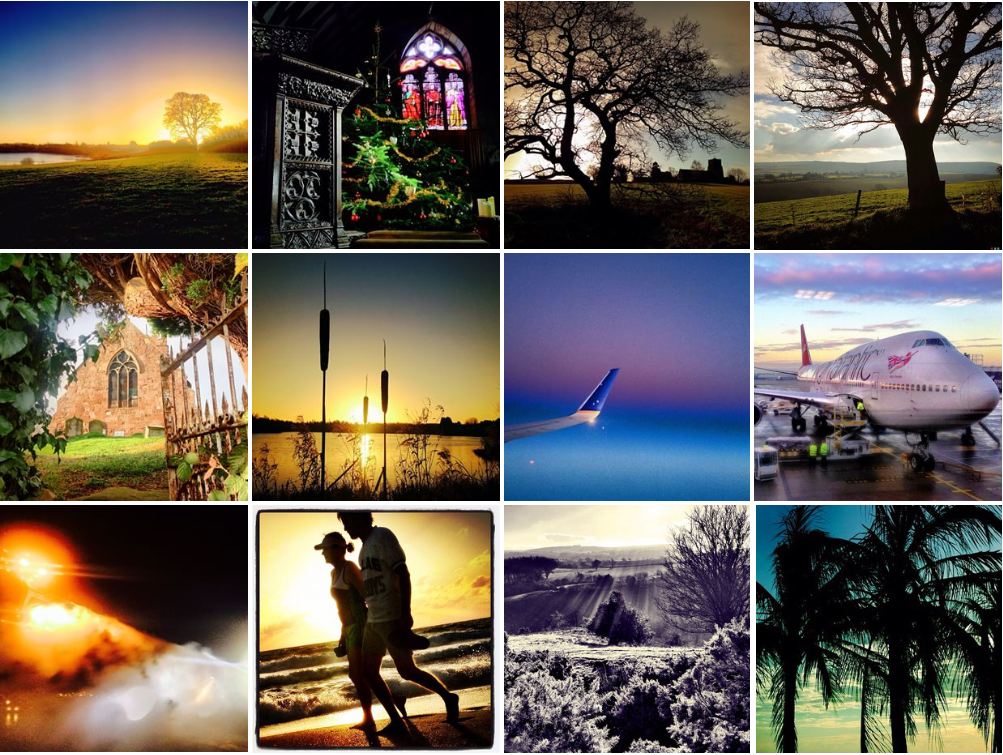 I found that by particularly following the people who were sharing cool and artful photos I was learning something myself too. I’d mainly taken straight-up photos, but after seeing the work of others I started using combinations of apps to alter and filter. Just to learn. Just to get better. Just to have fun visually.

Instagram today is packed with users who are getting better and better almost without noticing. That habit of shooting and sharing has actually started millions of 365 Projects, and everyone is improving their visual skills. Some users have become remarkably adept at storytelling and because everyone seems to get on there’s a lot of encouragement too.

Instagram is regularly pilloried as encouraging envy, and is all too often a celebration of self. Look at what I’ve got. Where I’ve been. My cool stuff. But do you know what? Perhaps that #foodporn is also a still life. Maybe that #selfie is a portrait. That #vacay snap is a landscape and the #beachday a seascape.

Once you’ve shared your twentieth selfie or you hundredth #WhatI’mWearing you will quickly forget about the showing off and you’ll be shooting and sharing with the best of them. And in the process, that 247/365 has become a fabulous visual diary that’s appreciated and enjoyed without judgement or jealousy.

It’s a wonderful visual ride and it’s getting better by the day.