Is this the end of Top Gear? 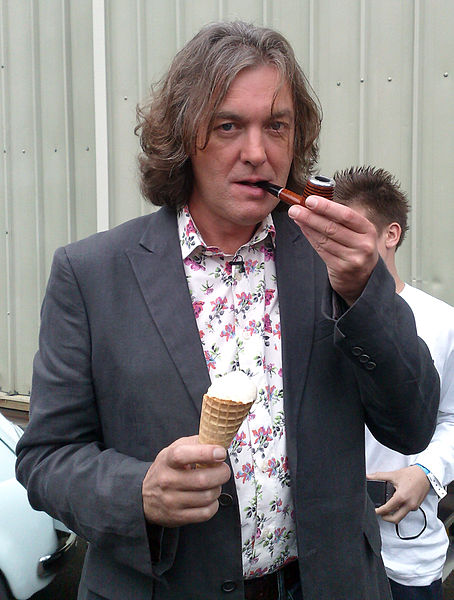 It’s certainly the end of the show as far as many of us are concerned.

To recap, in case you don’t know what I’m blathering about, Top Gear is one of the BBC’s most popular television programmes. Or was. Probably.

You see, in March 2015, the BBC in its ‘wisdom’ decided that they wouldn’t renew the contract of one of the presenters, Jeremy Clarkson. (And you can read what I thought about that decision here).

Now, another presenter, James May (pictured) has announced that he will no longer be taking part in the programme specifically because of his colleague’s ‘dismissal’.

But before we get onto that, let’s just remind ourselves about what caused Jeremy Clarkson to be dropped from the show.

One evening, after a full day’s filming, Clarkson got himself into an altercation with one of the show’s producers. This ended with Clarkson giving the guy a fat lip. And note that this was in a remote Yorkshire pub not in Piccadilly Circus and not in front of cameras.

But one bloke splitting the lip of an other in private, in a pub, is ‘unacceptable’?

And now James May is leaving the programme too. Will Top Gear survive? Only if another network signs up the three presenters and reproduces the show elsewhere.

The BBC, by its actions, has alienated the million+ who signed the petition. And millions more, worldwide. The BBC said, if effect, ‘we don’t give a bugger about our viewers’.