The Bolter: The True Story of Idina Sackville

Home » All books » The Bolter: The True Story of Idina Sackville

The story of Idina Sackville by Frances Osborne 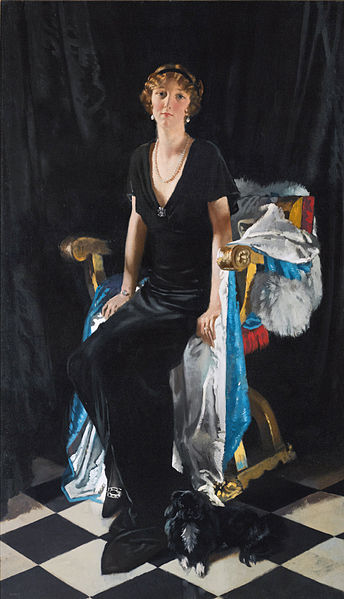 The Bolter: The true story of Idina Sackville

In the first half of the twentieth century, less than a hundred years ago, life was very different indeed.

That was particularly the case for aristocrats, such as Idina Sackville.

This fabulous biography, written with the help of private family papers and letter by Idina’s great granddaughter, is a fascinating book which is a fast-paced as any novel.

It’s the sort of book where you decide to read just one more chapter before you put out the bedside lamp – but then end up reading more and more.

Idina was born in 1893 so by the time she grew to young adulthood, society had become much more liberal than the previous Victorian era – although Idina managed to cause sensations and scandals anyway.

She  became one of the scandalous, free-living, wealthy members of the East African ‘Happy Valley set’ – a group that had few, if any, boundaries when it came to overdoing the alcohol, experimenting with drugs, exchanging partners and indulging in guilt-free affairs.

For example, when Idina had guests for a weekend house party, she would have them shown into her bathroom where she would greet them as she soaked in the tub. When going to their rooms, they would find a pair of silk pyjamas (all the rage then) and a bottle of whiskey on their pillows. This set the tone for the weekend.

She married four times, the first being in England before she decided on her wild East African life. Her affairs were numerous. But she built up a farm in African that was successful and she was never afraid of hard work. But Idina also had women friends, the closest being Alice de Janze.

With Idina’s full knowledge and permission, Alice had a lengthy affair with Idina’s third husband. She trusted her friend.

Later, when Idina and Number Three were divorced, he was mysteriously

murdered. You can read my article here, about how the book you see on the right convinced me that the murderer was Alice de Janze.

Life wasn’t all about hectic parties for  Idina. As well as  one of her husbands being murdered, she also lost both her sons during the Second World War. They had been the product of her first marriage and they had been apart from her ever since her first divorce.

She rekindled her relationships with them both when they were young men but both were shortly taken away from her because of the war.

When she was a young teenager, Frances Osborne read a serialised account of Idina’s life. She was fascinated. But at that time, she had no idea that this scandalous woman had infact been her great-grandmother.

When Frances was older, she became the owner of boxes of family papers, letters and journals. She was determined to solve the mystery of Idina’s life.

When you read this book, you’ll have to keep reminding yourself that it isn’t fiction.

No-one could have invented the fabulous Idina.