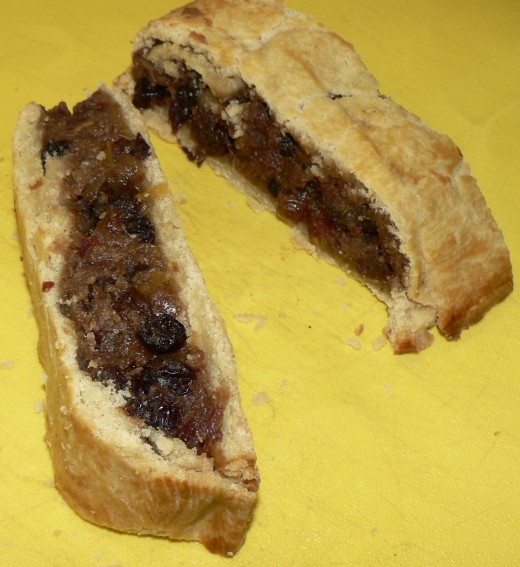 Sly Cakes originated in the North of England, probably early in the 19th century, and is likely to be a regional variation on Eccles Cakes, which were sold commercially in the Manchester area from 1793.

Sly Cakes have a pastry surround with an inner core of dried fruits and nuts. It is baked in a rectangle brick-like shape, then cut into squares when cold.

It can still be found made in the Northern English counties of Lancashire, Yorkshire, Cumbria and Durham, although each of these areas has its own ingredient individuality.

Some Sly Cake recipes use puff pastry, but this one – from Yorkshire – uses a rich and crumbly shortcrust.

Regional variations on the recipe include the addition of spices, like cinnamon, additional nuts, such as almonds – and brandy-soaked dried fruit: definitely worth a try! 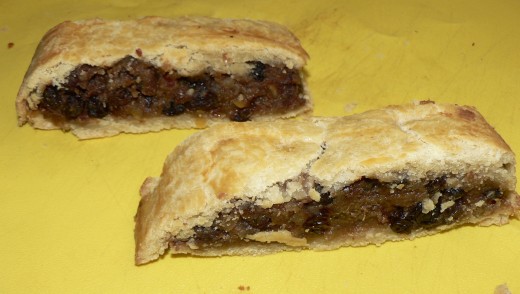 The taste: the dried fruits blend to form a fruity blend – rather like a home-made Christmas pudding.

The crumbly pastry provides a neutral foil for the fruit mixture, and both fruits and pastry combine to give a rich and filling cake. 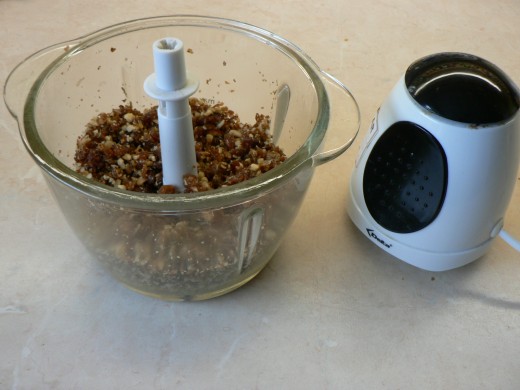 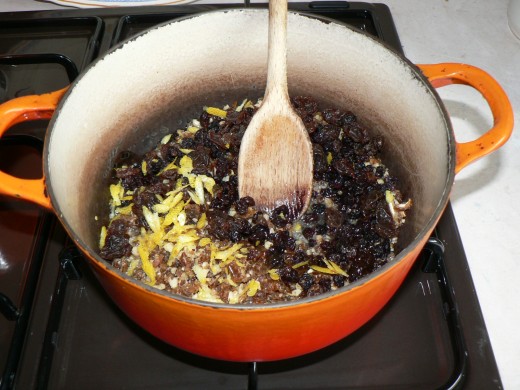 Add six tablespoons of water and heat slowly in a pan until water absorbed. Leave it to cool and make the pastry. 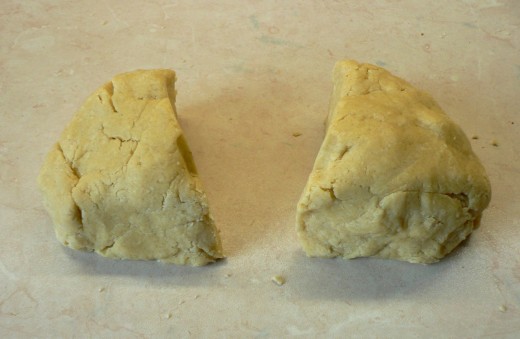 Divide the pastry into two. Roll out one piece to a 9″ long x 4″ wide rectangle 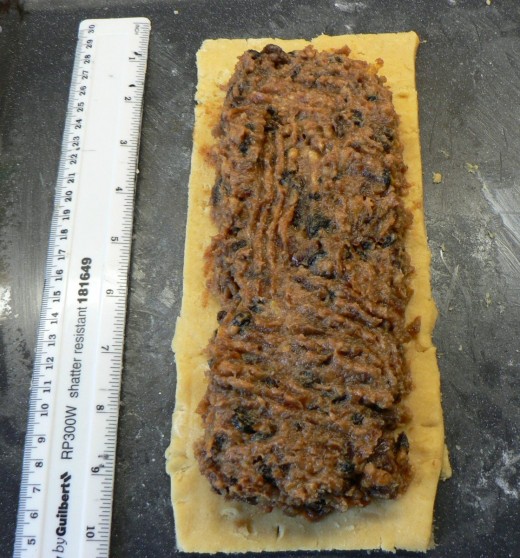 When the mix is cool, spread it evenly along length of pastry. Leave a small gap along all four sides and brush these gaps with water. 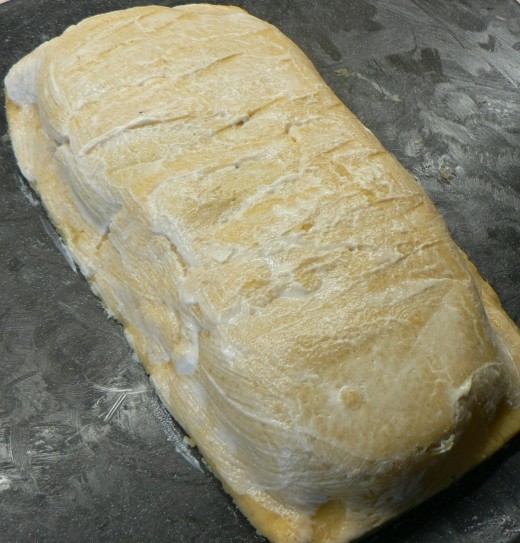 Roll out the remaining pastry piece and carefully position over the dried fruit mix. Seal the edges of the pastry case. It will now look like a small brick. 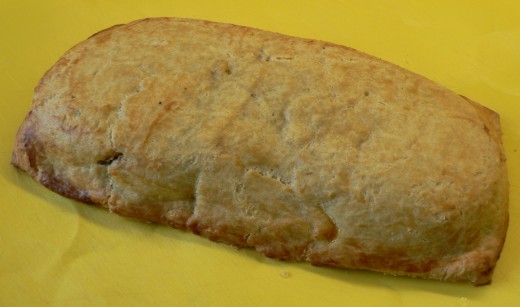 Bake in a moderately hot oven for 30 minutes until golden 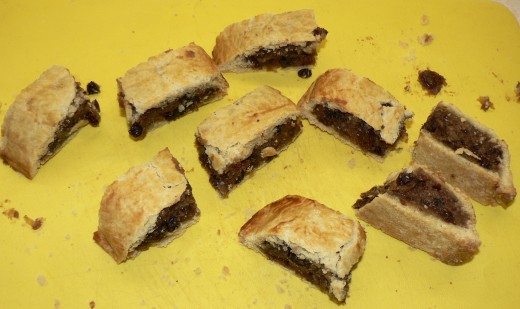 When cold, cut into small squares. It will last quite a while if wrapped in foil. That is if you don’t eat it all at one sitting.

Why ‘Sly Cake’? No one knows for certain, but the ‘Glossary of Yorkshire Words’ (1855) suggests that the name derives from the plain outer concealing – slyly – the rich interior of the cake. Another more romantic explanation from Sunderland suggests that the name comes from a baker’s daughter in South Shields who, against her father’s wishes, smuggled love letters to her suitor in a cake like this one!

They eventually ran away together and got married, the father still opposed to the relationship. However, as the 1855 explanation predates the love story, it is more likely to be the more likely of the two; a pity though, as it’s a nice story.